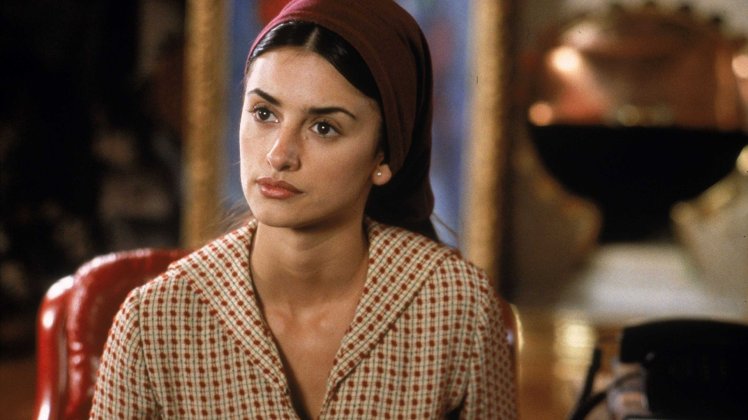 And so I began to explore the filmography of Almodóvar with All about my mother, a 1999 film with an exceptional cast including, among others, Cecilia Roth, whom I saw in the 1997 movie Martín (Hache), and Penelope Cruz, who also starred in Abre los ojos, another 1997 film that I recently watched. What do I think about All about my mother? Let me write it below!

After having heard about Almodóvar’s films for years but without having seen any (for a deep sense of antipathy towards him inspired by his indifference towards animal welfare and, more recently, also by his strong desire not to pay taxes to his country) I didn’t really know what to expect. Now I think that I understand what people mean when they use the adjective Almodovarian. I believe that the audience must accept to enter an alternative, Almodovarian world, where surreal things as if they were normal.

So it is perfectly normal for a famous theater actress to contract as a personal assistant a woman never seen before and met when sneaking into her dressing room after a show. It is also normal for a person to return to Barcelona from Madrid after 17 years and meet an old acquaintance of her by taking a taxi ride in a bad neighborhood and finding her in the middle of an aggression just in time to save her. And it’s also normal for a nun (or something like that) to seek help from a person known the day before rather than from, I don’t know, a friend, or a colleague, or from a family member different from the hated mother.

If you accept all these surreal situations as normal, then you can enjoy the movie. And what can you enjoy in particular? For example, the relations between the various women protagonists that are all very interesting and well defined: the relationship between Cecilia Roth and Marisa Paredes after the latter indirectly caused the death of the son of the former, the relationship of Paredes with Candela Peña, the stories that Antonia San Juan manages to create with virtually all the other protagonists… There are many sparkling dialogues and, despite the surrealism of situations, Almodóvar manages to send across intelligent messages about the real world and human relationships. This movie offers a number of points of interest over our lives, despite the absurdity of some of the characters featured in it.

It is also interesting that the film relegates all male actors to minor roles, a rare thing! Of course, even Hollywood has given us examples of excellent female protagonists (Alien, to name one), but it is more difficult to come across a film where men are only seen in the background!

What else? The movie honors classical cinema, which is cool. Obviously there’s All about Eve (1950) by Mankiewicz, both for the title and for the plot expedient of Cecilia Roth getting into Marisa Paredes’ theatrical show thanks to her experience as a non-professional actress. There’s Cassavetes’ Opening Night (1977) in the accident scene. There’s A Streetcar Named Desire (1951), although probably the tribute here is to the play by Tennessee Williams. Which brings us to another point of interest: there are many references to openly homosexual authors such as Williams, Lorca or Capote.

And then the use of colors, both in the costumes and in the sets: for example, the color red never appears by chance! The parallelism between life and theater (and, for us spectators, also with cinema) is extremely interesting. The music is always spot on. In short, the 7 Goyas won in 2000 were not undeserved. Nor was the Oscar as best foreign film. Nor the Golden Globe. And so on…

So, is it a perfect movie? No, it isn’t. The actor playing Cecilia Roth’s son is utterly incapable and ruins all the scenes in which he appears. There are very sharp cuts that left me puzzled more than once. And I found the captions highlighting the time jumps useless and badly done (they are not even consistent with each other, sometimes in the middle of the screen, sometimes in the lower right corner). But these are minor points, of course. The film deserves to be seen. The actresses are all very good and well directed, the story is curious, although perhaps with too many absurd coincidences, and the film is full of symbolism which certainly makes it compelling even on second (and third!) watch.

6 risposte a "All About My Mother: Movie Review"