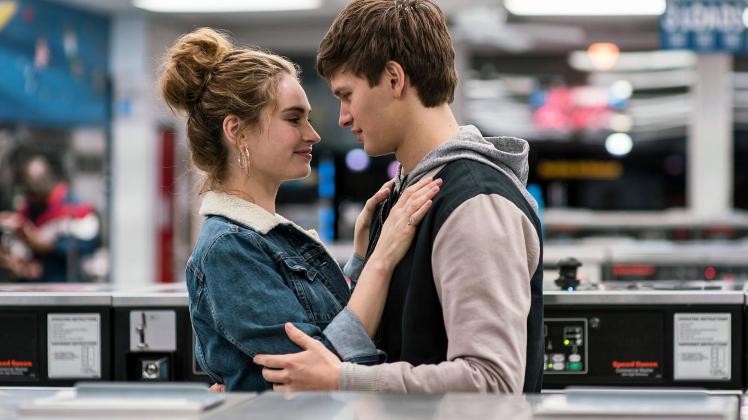 I had been waiting for it for a long time and it didn’t disappoint me: Baby Driver, directed by Edgar Wright, is really a great movie, certainly the best movie I saw in 2017 (up there with Jordan Peele’s Get Out). It’s a movie not to be missed! End of my review.

But I’m sure that you’re all wondering what I have to say about it! Before getting to that, let me introduce you to Edgar Wright, in case you don’t know him.

Edgar Wright is the brilliant director responsible for the Cornetto trilogy, namely:

These three movies have many elements in common, and they can be seen separately and not necessarily in chronological order. Three of those elements are the following: the presence of Simon Pegg and Nick Frost (who also worked with Wright in the British series Spaced); the use of a typically American genre in a British setting (going from the big city to the village and finally to the pub); and… the mention of an Algida Cornetto at least once during each film. Moreover, Wright directed one of the best cinecomics of the last decade: Scott Pilgrim Vs. the World (2010).

Edgar Wright made four movies before this one and they are all great. And you can recognize his style, his love for music and his passion for cinema. All these things are present in his 2017 work, Baby Driver, perhaps even more than in his previous films. And let’s talk about it. Why should it be absolutely seen?

Not for the plot. Let’s face it right away: the plot isn’t original, and even the director kind of admits it by referring to the vast cinematography of the genre. For example, he pays homage to the great Walter Hill, director of The Driver (1978), not only by thanking him at the end of the film, but also by giving him a cameo as a translator of the mute old man (practically a voiceover). He also thanks Quentin Tarantino, I imagine not only for the use of a Pulp Fiction (1994) scene at some point in the movie, but also for the style of the dialogues among criminals and for the car chase scenes made strictly with real cars and stuntmen without using digital special effects like in Death Proof (2007). But this is just the tip of the iceberg! First, there are many other movie references, and second Hill took inspiration from Le Samouraï (Melville, 1967), and Tarantino was inspired by… at least two hundred thousand previous films! Here are two names which are crucial to understand Death Proof, as making the complete list would be impossible and in any case it would take too long: Dario Argento and Sam Peckinpah.

So let’s write down the plot of Baby Driver. A getaway driver (driving the bandits’ cars after bank robberies), very young and very good, wants to get out of the criminal world, falls in love with a young lady, and tries to escape with her. That’s it. Not interesting? That’s not the point. The point is that the film keeps you glued to the chair from the first second to the last line of the credits! The film uses the whole range of cinematic language to tell a story in which everything is clear even without the need for words. The music blends with the images, sets the mood, the dialogues are all perfectly calibrated and are often taken directly either from song lyrics or from other films (the aforementioned Pulp Fiction, but even the 2001 Monsters Inc.!), and the editing is frenetic when it has to be (but, like in George Miller’s Mad Max: Fury Road, 2015, this frenzy still allows us to understand perfectly what’s going on) and slower when the mood of the protagonist, Baby (Ansel Elgort) is calmer. There’s no annoying narrator, we don’t need it to understand what the protagonist thinks. There are just marvelous scenes (just to give an example, the long shot after the initial robbery is fantastic: it drags you into the movie without the need for dialogue, and is reminiscent of the long shot at the beginning of Shaun of the Dead), the music is always spot on, the actors do a great job (among other things, it is always nice to see Flea in one of his cameos), and the action scenes are breathtaking. And the gradual loss of synchronization between the rhythm of the soundtrack and the editing is amazing when the situation gets out of hand in the third act.

Is it therefore a perfect movie? No, it’s not. And compared to the three films of the Cornetto trilogy, the screenplay has a couple of twists that I didn’t like. I don’t want to spoil the plot too much, but I didn’t believe the reaction of Doc (no, I’m not talking about Back to the Future, but yes, that’s the reference!), played by a great Kevin Spacey, at Baby’s help request towards the end; and I found it unlikely that in the huge city of Atlanta Baby cannot help but meet the evil Jon Hamm around every corner. But apart from this… the film is a journey into the world of music (with the soundtrack ranging from Jon Spencer Blues Explosion to Faith No More and including Focus and Golden Earring too!) and in the world of cinema (let me add the clear influence of 1971 William Friedkin’s French Connection). Well made, well shot, well edited, well photographed (the colors are fantastic!), good acting (in addition to those I have already mentioned, Jamie Foxx is really scary, and Lily James is sweet)… what do you want more? I already watched it a couple of times on DVD!

One last thing, to show you that I did my homework. Baby Driver is a real passion project, with Wright toying with the main idea for at least twenty years: he used it in 2003 when directing a music video of the band Mint Royale (the song is called Blue Song, here’s the video on Youtube). The passion is all there, more than a movie Baby Driver is a love letter to both music and cinema! Don’t miss it! Ciao!