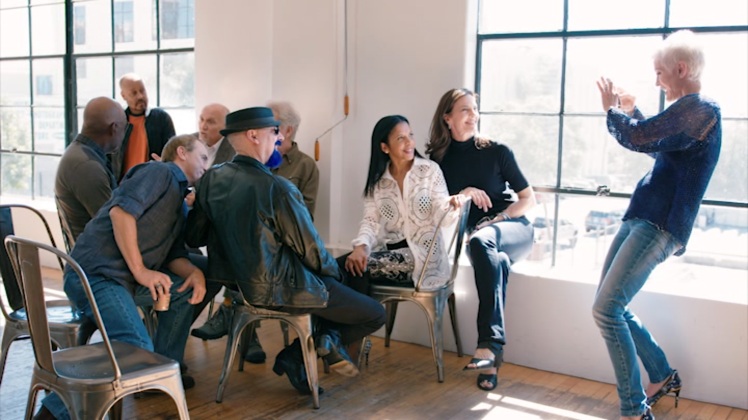 Released in 2019, strongly desired by Ira Steven Behr (who also directed it together with David Zappone), and shot and produced over a span of several years, I finally watched What We Left Behind, the documentary about Star Trek: Deep Space Nine! The title is obviously a spin on the last episode of the seventh season, What We Leave Behind.

The documentary is structured in an interesting way and it’s based on a brilliant idea. The many interviews with the protagonists of the series (both in front of the camera and behind it) are enriched with the animated version of a hypothetical first episode of a hypothetical eighth season 20 years after the end of the seventh one. I also loved the fact that the directors chose to reveal the episode’s brainstorming sessions led by Ira Steven Behr (the DS9 showrunner and executive producer) with the team of screenwriters of the series gathered for the occasion.

But the beginning of the documentary is painful to watch for a fan like me: it is revealed that, during the airing of DS9, Paramount received an infinite amount of hate letters written by Star Trek fans who thought that the series betrayed the ideals of Roddenberry and that it went against the standard space exploration format to which they were accustomed: instead of a ship travelling across the Universe, everything took place on a static station! It’s funny to see the actors read these letters (poor Rene Auberjoinois, seeing him having fun here was so sad considering that he died shortly afterwards), but it’s so disheartening that the best Star Trek series (yes it is, for me there’s no doubt about it) was received so negatively in the nineties! 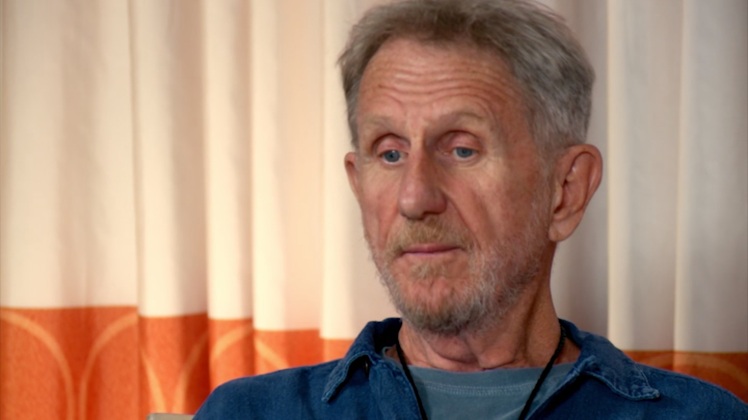 Then, after a fair tribute to the great talent of Avery Brooks, protagonist of the series as the station captain Benjamin Sisko, here’s the beginning of the hypothetical episode. It starts with Captain Nog in command of the USS Defiant, which really made me shiver given the sad fate of Aaron Eisenberg who also disappeared in 2019… Poor Aaron is present in the documentary in a few scenes, all very emotional.

And then the segments that alternate with the various acts of the episode focus on everything DS9 has done. They deal with the strength of the female characters Kira (Nana Visitor) and Jadzia (Terry Farrell) and all the others! By the way, Terry Farrell is still as beautiful as when she was 28 years old… and since I’m talking about aging, James Darren (who played Vic Fontaine) is officially an immortal as irrefutably proved by the fact that he looks exactly as he did twenty years ago. Marc Alaimo (whom we appreciated as the evil Gul Dukat) was born in 1942 and it shows, but he has so much energy! And nobody liked him back then, lol! Ah, and Max Grodenchik (Rom), Armin Shimerman (Quark), Jeffrey Combs (one hundred different characters), and Casey Biggs (Damar) can sing for real!

But going back to the content, I laughed a lot about the Rashomon effect referring to one of the funny anecdotes mostly related to make up which for some of the cast was a real nightmare! And then the double, triple and even more multiple-parts episodes… this was an innovation in the world of Star Trek and of all the TV series at large! DS9 is undoubtedly the most serial Star Trek: while not giving up on stories that started, developed and ended within single episodes, there was a serious amount of seriality which was inserted against the will of Paramount. This sounds incredible, if we think of today’s TV (and streaming) series’ world!

On the other hand, the idea of ​​the station was perfect for the serialization of the story and for the in-depth development of the characters. And basically that was the journey of DS9, a journey inside the characters rather than an exploration of unknown planets! Just think of Kira who was in all respects a terrorist (or a freedom fighter), with her religion, the love story with Odo, the conflictual relationship with Gul Dukat… And what about the best character of the series: Garak (Andrew Robinson). Do I need to add anything else about him? But even Nog, Damar, Lita (Chase Masterson)… All the characters have a narrative arc! All of them!

And then the most revolutionary idea of all (together with the creation of Section 31): the Dominion with the Jem’Hadar, the Vorta and the shapeshifters! The Gamma quadrant was truly different from the Alpha quadrant! And then DS9’s anti-racist message with all its African-American characters and the episode directed by Avery Brooks Far Beyond the Stars set in 1953 and shot shortly after the 1992 Los Angeles riots and with the police which continued and still continue to kill African Americans in the streets. And religion! And homosexuality (the episode with Jadzia and the Trill from her past)! And the social commentary (Past Tense)! In short… all the fans of this series should see this splendid documentary chock full of fantastic interviews (of course there are also Colm Meaney, Alexander Siddig, Cirroc Lofton and a lot of other actors and actresses!), with a powerful start of an eighth season that we will never see, and with so many moments who gave me the chills or even brought tears to my eyes. Damned nostalgia! Ciao!

PS: The bonus features of the DVD are also amazing: there’s the inevitable poker, but even the legendary Jonathan Frakes! And Iggy Pop (maybe)! And now I want to rewatch all DS9… By the way, the saddest moment for me (in addition to the images of the people who died between the end of the series and the creation of the documentary) was certainly seeing Aaron Eisenberg getting emotional thinking about the seven years spent working on DS9… Poor guy…

2 risposte a "What We Left Behind: Movie Review (Star Trek: DS9)"