Down By Law is a 1986 movie written and directed by Jim Jarmusch. The protagonists are two musicians, Tom Waits and John Lurie, together with an amazing Roberto Benigni probably at the peak of his career as a comedian. This is for me the first great movie by Jarmusch, the first funny comedy that works … END_OF_DOCUMENT_TOKEN_TO_BE_REPLACED

Widows is the latest film directed by Steve McQueen, the same director of Hunger (2008), Shame (2011), and 12 years a slave (2013). I went to the cinema with great expectations, also because of the cast which includes, among others, Cynthia Erivo (immensely good in Bad times at El Royale), Michelle Rodriguez, Colin Farrell, Daniel … END_OF_DOCUMENT_TOKEN_TO_BE_REPLACED 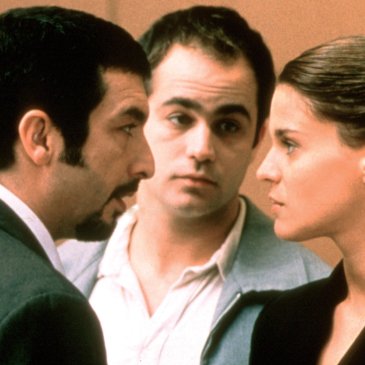 Nine queens (Nueve reinas is the original title) is a 2000 Argentinian movie written and directed by Fabián Bielinsky and starring the great Ricardo Darín, Gastón Pauls and Leticia Brédice. The film mixes a few genres including thriller, crime, drama, and even comedy, and I think that it does so very well. The story manages … END_OF_DOCUMENT_TOKEN_TO_BE_REPLACED