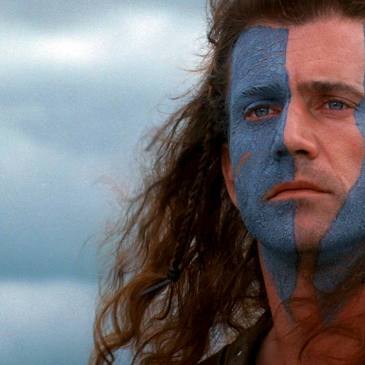 In 1995 Mel Gibson came out with Braveheart, of which he was both director and protagonist. Since his debut behind the camera had been the anonymous The Man Without a Face, released two years earlier, it was hard to know what to expect from an epic movie about the life of William Wallace, one of … END_OF_DOCUMENT_TOKEN_TO_BE_REPLACED

A few days after I saw The pianist by Roman Polanski I watched Schindler’s list, the 1993 movie directed by Steven Spielberg. It was interesting to see these two films one after the other for the partial story overlap, with Nazi-occupied Warsaw and the Polish Jews locked up in its ghetto. I even think that … END_OF_DOCUMENT_TOKEN_TO_BE_REPLACED

Legend is a 1985 movie directed by Ridley Scott who previously made The Duelists (1977), Alien (1979), and Blade Runner (1982), what a way to start his career! The protagonists are the young Tom Cruise and Mia Sara, and the antagonist is the great Tim Curry who’s the perfect Lord of Darkness! The music was composed by … END_OF_DOCUMENT_TOKEN_TO_BE_REPLACED

Nochnoy dozor (Night watch) is a 2004 Russian action/fantasy/horror film directed by Timur Bekmambetov and based on the book written by Sergej Luk’janenko. It supposedly is the first chapter of a trilogy which remains incomplete as of today because after directing the sequel Dnevnoy dozor (Day watch) in 2006, Bekmambetov lost interest in it and devoted … END_OF_DOCUMENT_TOKEN_TO_BE_REPLACED

So I’ve re-watched Spartacus, the 1960 movie directed (mostly) by Stanley Kubrick with an exceptional cast: Kirk Douglas, Peter Ustinov, Charles Laughton, Laurence Olivier, Tony Curtis and Jean Simmons. The movie can be considered as the passion project of Kirk Douglas (who’s still alive, he’s 102 years old!), who produced the movie and starred in it simply because … END_OF_DOCUMENT_TOKEN_TO_BE_REPLACED