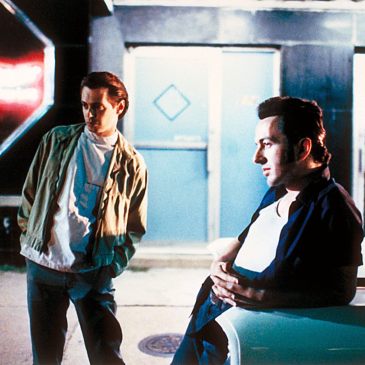 It cannot be said that with his fourth film, Mystery Train (1989), Jim Jarmusch strayed too far from his style. Perhaps, since his previous film was the brilliant comedy Down By Law (1986), it would’ve been fair to expect something more than what appears to be a simple evolution of the director’s first two works, Permanent … END_OF_DOCUMENT_TOKEN_TO_BE_REPLACED

The Fog is the third movie directed by John Carpenter and was released two years after his greatest success: Halloween (1978). Although it pertains to the same genre of the latter (horror / thriller), the American director couldn’t have made a more different film. In other words: any other young director would have limited himself to … END_OF_DOCUMENT_TOKEN_TO_BE_REPLACED

The orphanage is the directorial debut of Juan Antonio Bayona. Released in 2007, the protagonist is the impressive Belén Rueda (three years before she did well in The sea inside by Alejandro Amenábar) and all the supporting actors also do a good job (Fernando Cayo and Geraldine Chaplin above all). I recently watched the movie … END_OF_DOCUMENT_TOKEN_TO_BE_REPLACED