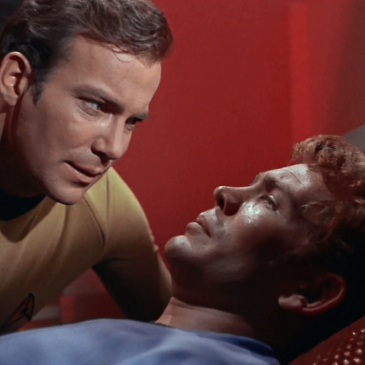 And here we are in the middle of the second season: episode number 13 out of a total of 26, entitled Obsession. At this point, it’s abundantly clear why the redshirt’s meme has become so popular and ridiculous. Naturally, I’m talking about the crew members of the USS Enterprise dressed in red who die like … END_OF_DOCUMENT_TOKEN_TO_BE_REPLACED 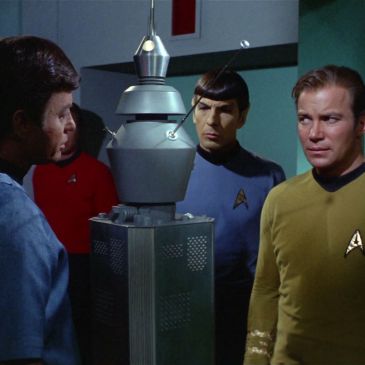 The Changeling is a strange episode. On the one hand, it anticipates what many years later would be the plot of the first film in the Star Trek saga, Star Trek: The Motion Picture (1979), directed by Robert Wise. On the other hand, it recycles a couple of ideas already used in the first season: … END_OF_DOCUMENT_TOKEN_TO_BE_REPLACED

Operation: Annihilate! is an extremely dense episode. James T. Kirk finds his brother Sam and his sister-in-law Aurelan (Joan Swift) only to lose them soon after. He saves his nephew Peter (Craig Hundley) for whom he worries for half the episode and then forgets all about him: either he’s still in the infirmary or he’s … END_OF_DOCUMENT_TOKEN_TO_BE_REPLACED

And after having seen Spock in love (This Side Of Paradise), here’s Spock making a mind meld with a rock! Although this premise doesn’t look exciting at all, The Devil In The Dark is in fact another beautiful episode, something which has ceased to surprise me by now. The USS Enterprise heads to a planet rich … END_OF_DOCUMENT_TOKEN_TO_BE_REPLACED